Home/Earrings/Men And Earrings: It Is Not An Oxymoron

Men And Earrings: It Is Not An Oxymoron 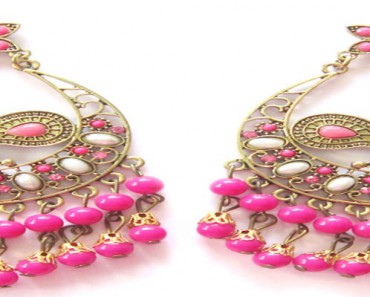 Well, putting on earrings, as several people thought and still think, is not just confined to womenfolk. If sparkling studs adorned in multifaceted colors can transform a plain Jane into a glamor queen then simple yet voguish studs or hoops can, very outstandingly, enhance a man’s visual appeal. In old times, men’s earrings were taken as a form of art. This is manifested in the nineteenth century engraved pictures of men with earrings, particularly of Persian ancestry, demonstrated on walls of palace. In different parts too, including India and Egypt, spiritual leaders, pharoahs and kings respectively were seen flaunting men’s earrings. Earrings for men were also common in Assyria and Babylonia for the purpose of showing their status in society.

At one time, metal men’s earrings were considered to save a person from devilish spirits. Such ancient beliefs prove why gold and silver hoops were among the most favorite men’s earring style. Ear-lobes were possibly man’s first preference in body piercing. In year 1991, most ancient mummified body in the world was unearthed in an Austrian glacier. According to the tests carried out, the body was more than 5000 years in age; it had pierced ears with holes that were enlarged to seven to eleven mm in diameter.

In the western part of the world, the fascination of earrings among women can be dated to the 1920s in Western Europe. As for men’s earrings in the western world, piercing of ears started to gain popularity towards the mid-20th century. In the beginning, ear piercing was performed with the aid of safety pins for making holes in the ear. However, in recent times improved methods are being used such as ear guns to put earrings in peoples’ ears. Furthermore, during the flamboyant 1980s, men’s earrings gained popularity even among the famous entertainers, athletes, performers and musicians frequently flashing them. Usually, 2 types of men’s earrings can be purchased in the market – hoops and studs.

As ear piercing gained ground among men, most of them were found sporting a single stud in 1 ear only. In those times, it was considered a taboo for males to sport hoops or studs in both their ears, or in just the right ear. However, nowadays you will find a large number of menfolk with more such holes in their ears in comparison to even women! There are few who believe that men’s earrings denote gayness. In fact a large number of heterosexual men merely like to put on earrings. Ear piercing is, in fact, a more or less world-wide practice for both women and men; it’s only in the western world that few regarded it as womanish.

In the past, men adorned themselves with big earrings even in the western society. E.g., during the Elizabethan period numerous better-known menfolk including Shakespeare, Francis Drake and Sir walter Raliegh donned golden earrings. It is debated, eversince the Roman Republic turned more effeminate with riches and luxury, earrings became more popular among males than females!

All About The Square Diamond Stud Earrings

Earrings Through The Ages

How Do Clip On Earrings Clip On?

Our shop will be temporarily closed from Thursday 31 December 2020 until further notice due to the ongoing impact of COVID-19 and we take orders through telephone. Dismiss